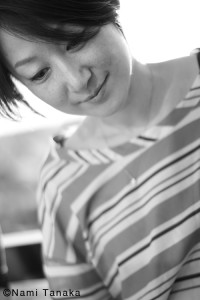 Mineko Kojima is resident organist at Myoufukuji Temple in Tokyo.

She graduated in music (organ) from Tamagawa University and earned her Master’s Degree at Musashino College of Music.She received grants from the Foundation of Mr. Naoaki Fukui.

She completed the organ internship at Yokohama Minato Mirai Hall in 2003.She has participated in master courses in Germany, Switzerland, Italy, France,Spain, and USA.

She performs in organ recitals, and appears with ensembles and orchestras in various cities in Germany, France, Spain, USA and Japan.

She makes it her life’s work to vitsit historical instruments all over Spain and study Spanish organ music.

“La nuit étoilée”,  her first CD was released on July 7, 2020. This work has been designated as a “Special Selection” by a Newspaper, the Asahi Shimbun and a “Semi special selection” by a monthly music magazine, the Record Geijutsu, among other publications.

2006~2015, she was resident organist in Tsukiji Honganji temple in Tokyo.

Currently she is teaching at Musashino University in Tokyo.